Night is Alive album Lovers and Love Songs was brought to life through a combination of creative process and collaboration of world-class jazz musicians. Recording can be a lot of fun, but there are many steps that must be taken in order to create a successful record that resonates both with the musicians and audience.

As a producer, the first step is deciding on an overall theme for the album. This means thinking about many things, including tone colors (what instruments are involved), overall emotion or feeling to be invoked, style, target audience, and title. After deciding upon those general elements, the next step is choosing musicians who will bring the vision to life. When forming a signature band for a recording, it is important for the musicians to be familiar with each other and compatible musically. Additionally, a producer must keep in mind the desired style for the recording, and choose musicians accordingly.

You may think the most difficult part of making an album is composing the charts, or the mixing and mastering that must be completed after the tunes have been recorded. However, that is not the case. Due to the busy lifestyle of musicians, the most challenging and time consuming aspect of making a recording is simply finding dates that work for the entire group to get together, rehearse, and record. Attempting to line up schedules of busy musicians works rather like a logistical spreadsheet. To their credit, many musicians are flexible and will make adjustments to their schedules (if possible), to accommodate the whole group. But it is still a challenging process that can, at times, take weeks or months to resolve.

Another extremely important element of creating an album is choosing the compositions that will be included. Will there only be original charts that must be composed? Standards or obscure charts that need to be procured? Or will the album include a variety of new music and standards? This decision-making process is very much between the producer and bandleader. The list can change weekly, sometimes daily, before an agreement is reached and the playlist is finalized. When new compositions are involved, the group must meet well ahead of time to review and rehearse the music in case any tweaks must be made. This ensures recording day can, ideally, focus on the music itself and not on part inconsistencies or other compositional hurdles.

As producer, keeping all of these things in mind through the recording process for Lovers and Love Songs was only a small part of the job as a whole. The producer acts as a bridge between the musicians and the rest of the world, and must find a way to bottle and share their immense enthusiasm for the final product with as many people as possible. Having the privilege to promote incredible music and world-class jazz musicians makes the long hours of planning worth every minute.

For more information about Lovers and Love Songs and the musicians with Night is Alive, please visit our web page (http://nightisalive.com/) or contact directly via phone. 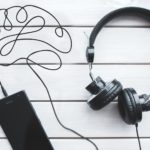 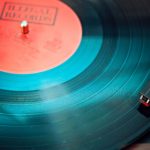 “On the Road with Kathy – ‘How Far to Starbucks?’”