The Chinese internet behemoth, Tencent Holdings, is about to invade the online music streaming business in the US with a ton of muscle behind them. The music industry has changed dramatically with the popularity of streaming services. Tencent Music Entertainment Group is about to jump into the US market with their IPO. The company is expected to be valued at more than $25 billion, which would make it not only one of the biggest tech IPOs this year but one of the largest ever. Tencent is a massive company with a collection of prosperous apps, including its QQ Music and an online karaoke system that is hugely popular. The company has over 800 million users on its Chinese-based streaming music service and will be the biggest on the block after the IPO is complete.

Tencent Music is a goliath. With so many subsidiaries, the company can put considerable weight behind its decisions to dive into the US market. Tencent also has a slightly different business model then Spotify and other US-born streaming services. The platform is focused on converting free tier members to a paid level by limiting the amount of current hit music that can be heard for free. Tencent also has a popular video streaming service. The company will be able to up-sell other services, such as gaming and streaming video, creating discounted pricing based off bundling. With America’s present level of subscription fatigue, this strategy could give Tencent an edge. If the company’s future plans reflect its present IPO, we can expect to see them shift into the US video streaming service and go up again the likes of Netflix and Amazon. One thing is clear, Tencent will have a tremendous influence on the streaming music business, which, to this point, has been dominated by American companies. This may be a first for a foreign tech company to make such a massive push into the American music market. The company will be able to reach and engage with an unprecedented number of American users. Hopefully, the increased competition at the top will stream down to the end-user with lower prices. 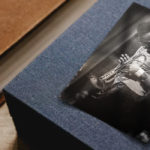 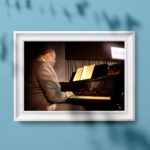