On February 27 the Willie Jones III Quintet will be performing at the world-renowned Blues Alley.  Few venues have the history and vibe as this DC club.   Founded in 1965, Blues Alley is the oldest continuing jazz supper club in the nation, and it has all the grit and clout to prove it.  Walking down the alley to the club sets the tone for the experience that Blues Alley has become.

Located in Georgetown,  Blues Alley resides in an 18th-century red brick carriage house that only adds to the appeal for concert goers.  The air inside the club changes your perspective of time and space.  Blues Alley makes you feel like you are in the 1920s and 30s listening to great jazz musicians. It has featured such amazing artists as Dizzy Gillespie, Sarah Vaughan, Nancy Wilson, Grover Washington Jr., Ramsey Lewis, Charlie Byrd, Maynard Ferguson, and Eva Cassidy.  Blues Alley is open seven days a week and is also known for its extraordinary menu, specializing in authentic Creole cuisine, steak, and seafood dishes creating a food pallet that compliments the music perfectly.

Willie Jones III Quintet with Ralph Moore, a well-respected saxophonist, Eddie Henderson, a popular trumpet player, Alex Claffy, a young and extremely talented bassist, Victor Gould, a prominent pianist, will be performing at Blues Alley on February 27th.  Willie Jones III is known for his musical brilliance and style on the drums.  He has made a name for himself through his exceptional control, speed and texture he brings to the drums.  He has performed, toured, and recorded with Horace Silver, Roy Hargrove, Hank Jones, Cedar Walton, and Herbie Hancock to name a few.  Jones also played on Arturo Sandoval’s Grammy-winning album Hot House (1998).  Willie Jones III fits perfectly with other greats who have played the famous Blues Alley.

This concert is a fantastic opportunity to see a tremendous group of musicians at a world-renowned club.   The Willie Jones III Quintet on the 27th will be another example of the extraordinary talent that performs at the great Blues Alley. Tickets can be purchased at http://www.bluesalley.com/events.cfm. 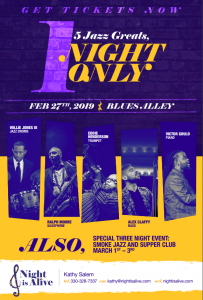 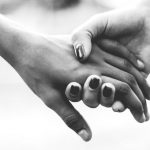 Melody Gardot “Our Love is Easy” 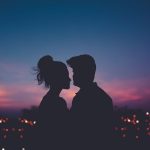 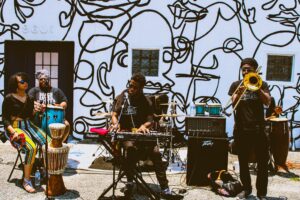 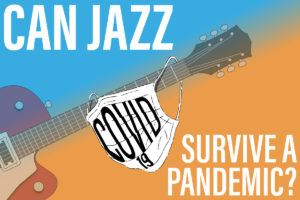 Can Jazz Music Survive A Pandemic?