“Night is Alive was created to please the musicians, the venues, and the fans of jazz. I genuinely want this great music to get out to more people. If I didn’t believe in this, I wouldn’t still be doing it ― plain and simple.”
Kathy Moses Salem
Managing Director

With a love for jazz and a passion for service, Kathy Salem founded Night is Alive to combine her two biggest devotions into one. Following successful careers as an advertising executive for The Plain Dealer and noted lobbyist in Washington, DC, Salem founded Pecan Group in 2008. Night is Alive, an arm of the Pecan Group produces classical and jazz concerts worldwide and manages some of the most intriguing and inventive musicians of our time. Since officially starting her booking agency over five years ago, Salem has never diverted from her original mission of building the biggest jazz agency in the United States.

Salem knew that the best way to build a reputation for booking was to build relationships; something she quickly accomplished. “It is not what you know but who you know and what they think about you!” From the start, Salem built her relationships around this sense of respect to not only the industry itself but the people employed within it.

When discussing the venue owners that she works with, Salem had this to say, “You call them, you get to know them, you learn about them, and most importantly, you respect them!” This relationship building is what Salem says makes Night is Alive that much different from every other jazz booking agency in the United States. “I respect the people I work with and they respect me! I represent some of the most distinguished jazz artists in the industry and these clubs need people to play. It’s a win for everyone involved!”

While she loves the people she works with, her true favorites are the musicians she represents. Salem believes strongly that her performers are the most internationally known, respected and honored jazz musicians performing today. A music lover and musician herself, Kathy Salem is determined to spread the same passion and energy that her musicians put into every one of their performances too as many venues that she can book them into.

In addition to her music agency, Kathy Salem also proudly offers academic scholarships to up-and-coming musicians still attending college. Created in the effort to help foster music and jazz creation into the next generation, Salem believes that revitalizing the jazz industry requires not just popularity among the current generation but the next one as well. 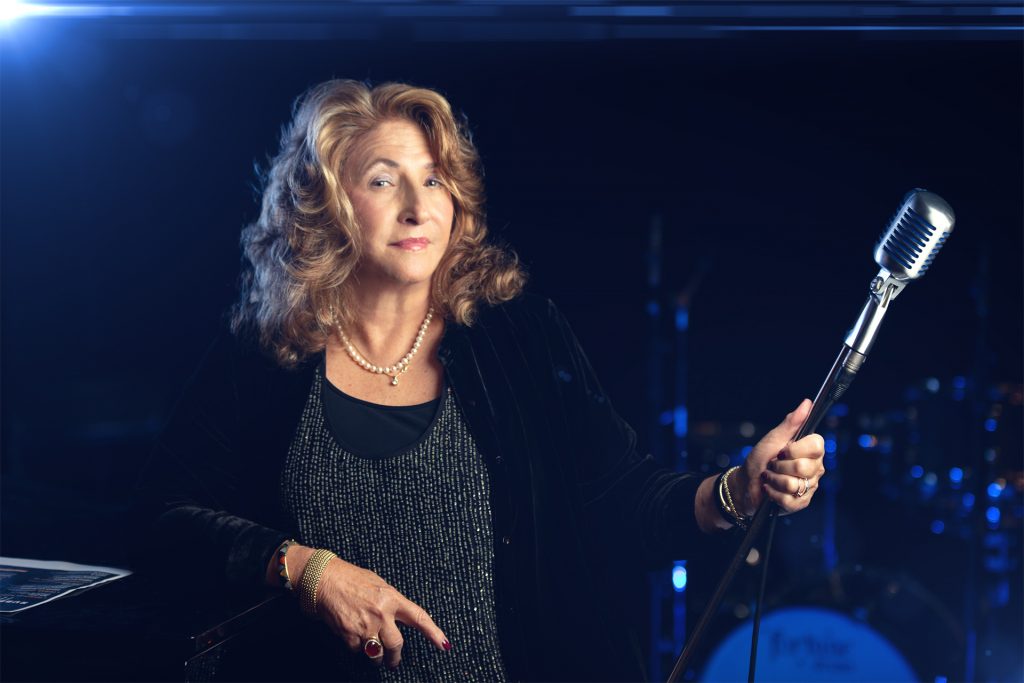 Elizabeth Carney earned a B.M. in clarinet performance and a B.A. in English from The University of Akron and went on to receive her M.M. in clarinet performance from Kent State University. While studying at Kent State, she held a clarinet assistantship, bands assistantship, outreach assistantship, and played principal clarinet in the college’s Wind Ensemble and Orchestra, among other ensembles. Currently, Elizabeth is Principal Editor for Night is Alive and works full-time for The Cleveland Orchestra as Operations Coordinator.

A member of the Night is Alive team since 2019, Elizabeth assists in creating promotional material and blog posts and maintains the organization’s social media presence on Facebook and Instagram. She also wrote the monthly series “News from Elsewhere” which featured anecdotes from Managing Director Kathy Salem’s many experiences on the road.

Elizabeth’s jazz background began at Kent State University, where she played lead saxophone in the Jazz Orchestra and studied privately with jazz saxophonist Bobby Selvaggio. Since then, Elizabeth has been passionate about jazz and the local scene in Northeast Ohio. She can be heard playing clarinet on Bobby’s 2020 album “Live from the Bop Stop”.

As a musician, Elizabeth has years of experience performing in chamber groups and as a soloist. She is currently principal clarinet of the Cleveland Women’s Orchestra and has also served as principal clarinetist and saxophonist for the Canton Comic Opera Co., played concerts with the Tuscarawas Philharmonic and Sounds of Sousa band, and is a member of the Cleveland Winds, a professional-quality wind ensemble based out of Cleveland State University. Elizabeth has also instructed master classes and directed sectionals in the Akron, Crestwood, Cuyahoga Falls, Shaker Heights, and Woodridge School Districts, working with high school, middle school, and elementary students. In addition to working full time, Elizabeth maintains a private studio and works with clarinet students of all ages. She likes to spend her free time with her husband, two long-haired dachshunds, and three cats. 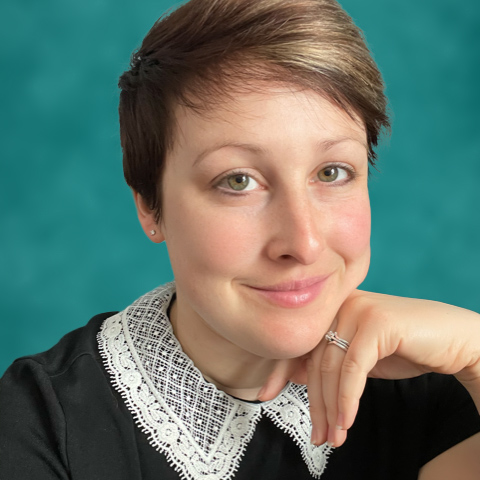 I always wanted to be an artist, but sometimes that’s easier said than done. I grew up in Mansfield, Ohio, which was an old, Mid-Western town that was built on the back of the industrial revolution. While Mansfield once had a storied past, it was a hard place to get off the ground as an artist when I was growing up.

Fate, luckily for me, would soon see me leaving Mansfield and moving to Silicon Valley when I was 19. The year was 1995 and the World Wide Web was still a very new thing, even in the bay area of California. I quickly realized that the world of analog was coming to an end and that the era of computers was just beginning. I soon co-founded one of the first all-digital design studios and never stopped moving forward from there.

At some point, I became the defacto expert, animator, designer, and programmer for a program known as Flash. This propelled me to the top of the industry which landed me jobs with amazing companies like Microsoft, Apple, Time Warner, Wells Fargo, Phillips and hundreds more top high-tech companies.

For one project, I was asked to create something amazing for Hewlett-Packard’s Chai platform. I used my knowledge of programming and Flash to create the world’s first streaming video using the Flash player. This was done years before Adobe would offer streaming video through flash, and a total of 6 years before a little company known as YouTube would even exist.

As the years progressed, I started to move away from the programming side of my business and focused more on the design and creative direction that I loved so much. I also started to do more with photography and videography, taking product shots and commercial video for many of my clients.

Almost two decades after moving to California, I was headed back to the East coast to expand my horizons. It was then that I realized just how much creative leverage photography offered me and I began to spend more of time behind the camera.

Within just a few years I had received several awards for my photography and solidified a name for myself. I started a new graphic design company, Emotiv, and continue to maintain my photography business, Benjamin Lehman Photography, at the same time.

I also began to mentor many young and burgeoning photographers by teaching people around the globe by streaming free classes using the Twitch platform. In addition, I also started working with many local artists and charities, spending as much time as I can helping those in need however my skills might allow.

As I enter this newest phase of my career, I look forward to expanding my commercial, advertising, portrait, and editorial photography for anyone who is interested in working with me. My style is unique, but my approach is client-centric. A long time ago a wiser designer than me once gave me the following sage-advise, “You have to design for your client, not for yourself”, and that has stuck with me ever since. My only goal is to make you, your products, and your company look the best that they can. 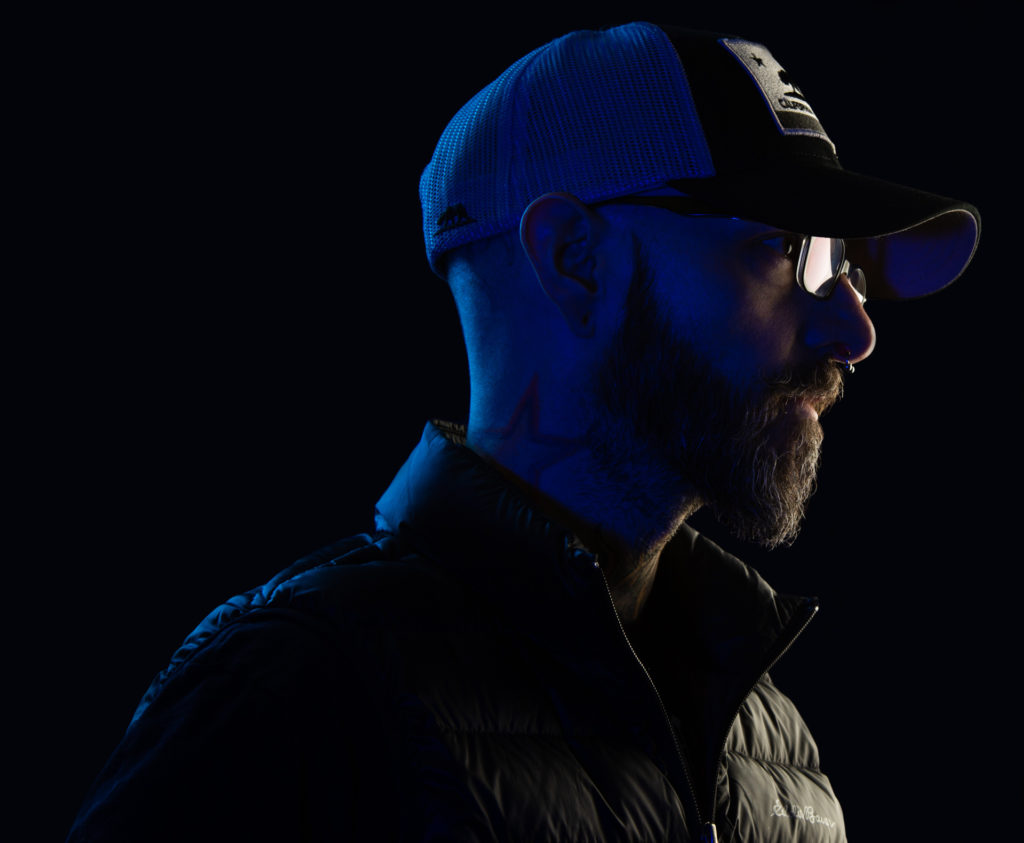