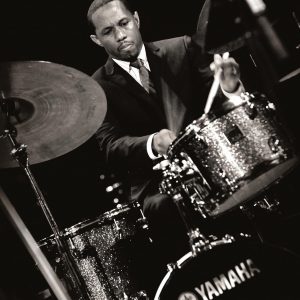 Jones’ earliest exposure to music was through his father, Willie Jones II, an accomplished and notable jazz pianist. He later went on to complete his academic training at the California Institute of the Arts where he studied under the tutelage of the legendary Albert “Tootie” Heath. After his training, Jones went on to work with some of jazz’s heavy hitters–Arturo Sandoval, Horace Silver, Roy Hargrove, Sonny Rollins, Wynton Marsalis, Herbie Hancock, Milt Jackson and more. 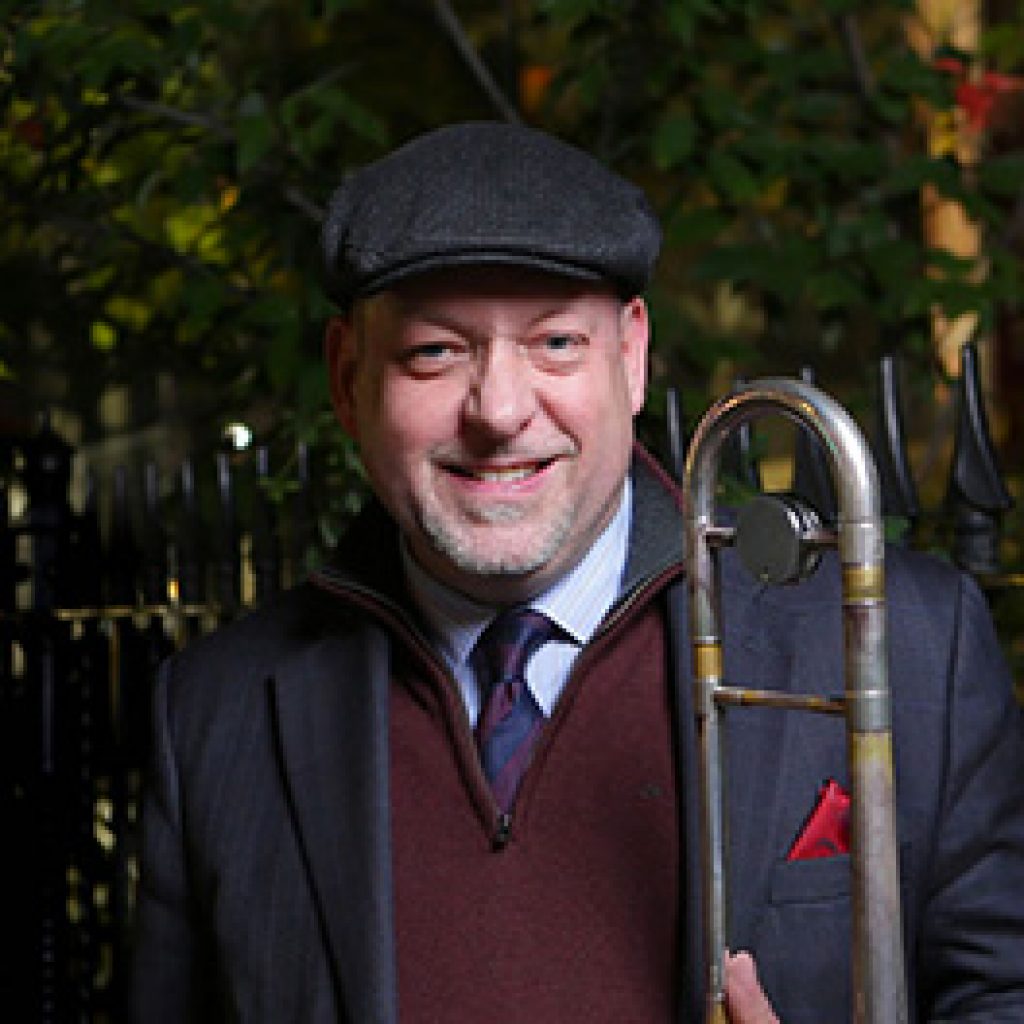 Davis is widely regarded as one of today’s leading improvisers on the trombone. His lyrical, hard-swinging style first gained him broad recognition while working with the bands of jazz legends such as Art Blakey, Jackie McLean, Chick Corea’s Origin and the cooperative sextet, One For All. Steve has appeared in Downbeat Magazine’s Reader’s and Critic’s Polls numerous times, winning the TDWR (Rising Star) Trombone Category in 1998. Steve has also been nominated by The JJA four years in a row as Trombonist of the Year. Davis is featured on over 100 recordings. In recent years, he’s worked with a broad range of jazz icons, including Larry Willis’ Quintet, Freddie Hubbard and The New Jazz Composers Octet, Slide Hampton and The Dizzy Gillespie Alumni All-Star Big Band (feat. James Moody, Jimmy Heath and Roy Hargrove), The Jimmy Heath Big Band, Ron Carter Big Band, Cecil Payne, Horace Silver and Wynton Marsalis’ Lincoln Center Jazz Orchestra 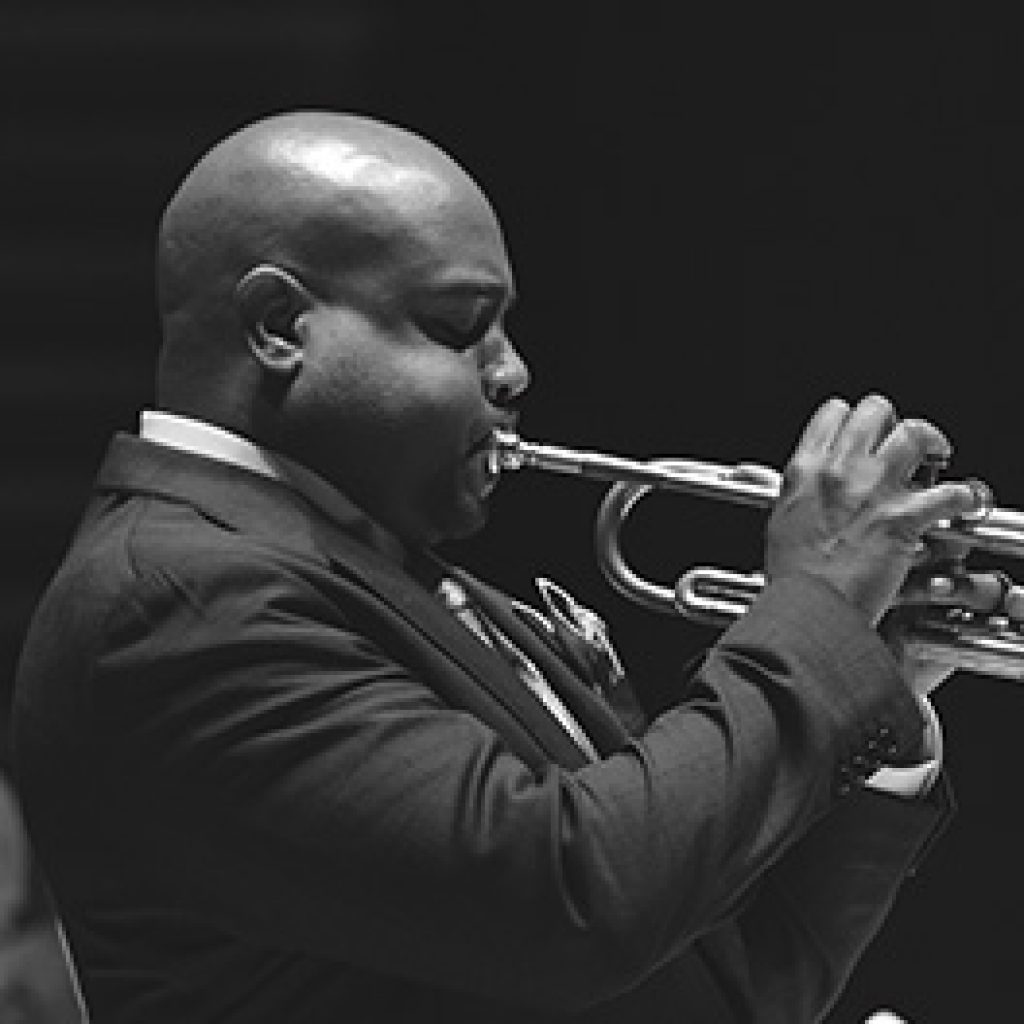 He’s also been an integral member in bands led by esteemed artists such as Cedar Walton, Sadao Watanabe, Herbie Mann, and Matt Wilson over the years. Along with a number of associated groups and accolades, Stafford’s illustrious career includes a Grammy Award for the Vanguard Jazz Orchestra’s  Monday Night Live at the Village Vanguard album and appearances on more than 130 albums. 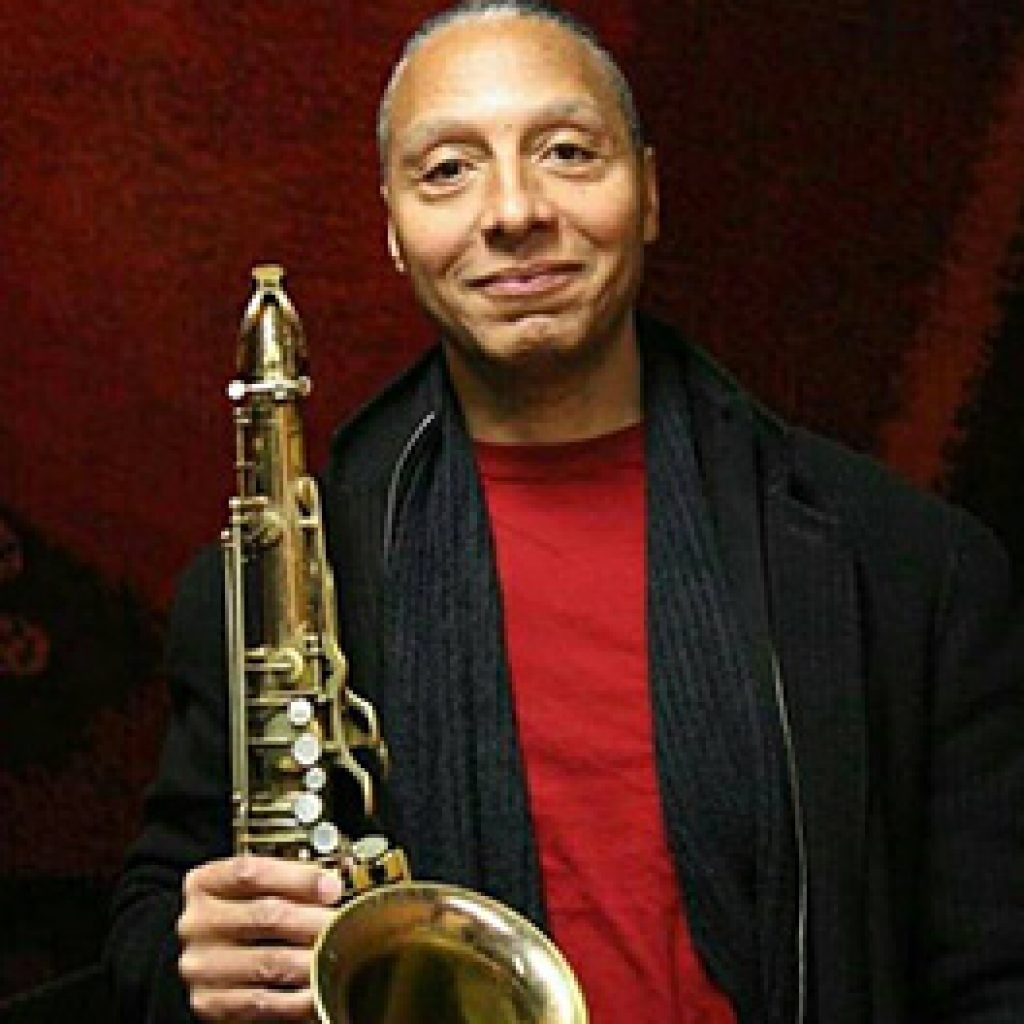 Moore spent fifteen years playing tenor saxophone in the band for The Tonight Show with Jay Leno. During that time, Moore collaborated in a few cooperative jazz quartets and quintets— one in particular—aptly named “Escape from New York,” featuring some of his Tonight Show co-horts, drummer Marvin “Smitty” Smith and bassist Bob Hurst. Moore even released a number of albums for the Landmark (now 32 Jazz) Criss Cross, Concord, Reservoir and Savoy labels. With The Tonight Show with Jay Leno well behind him, Moore is always ready to jump in and get to who he intrinsically and innately is – a jazz musician playing and creating the music he l 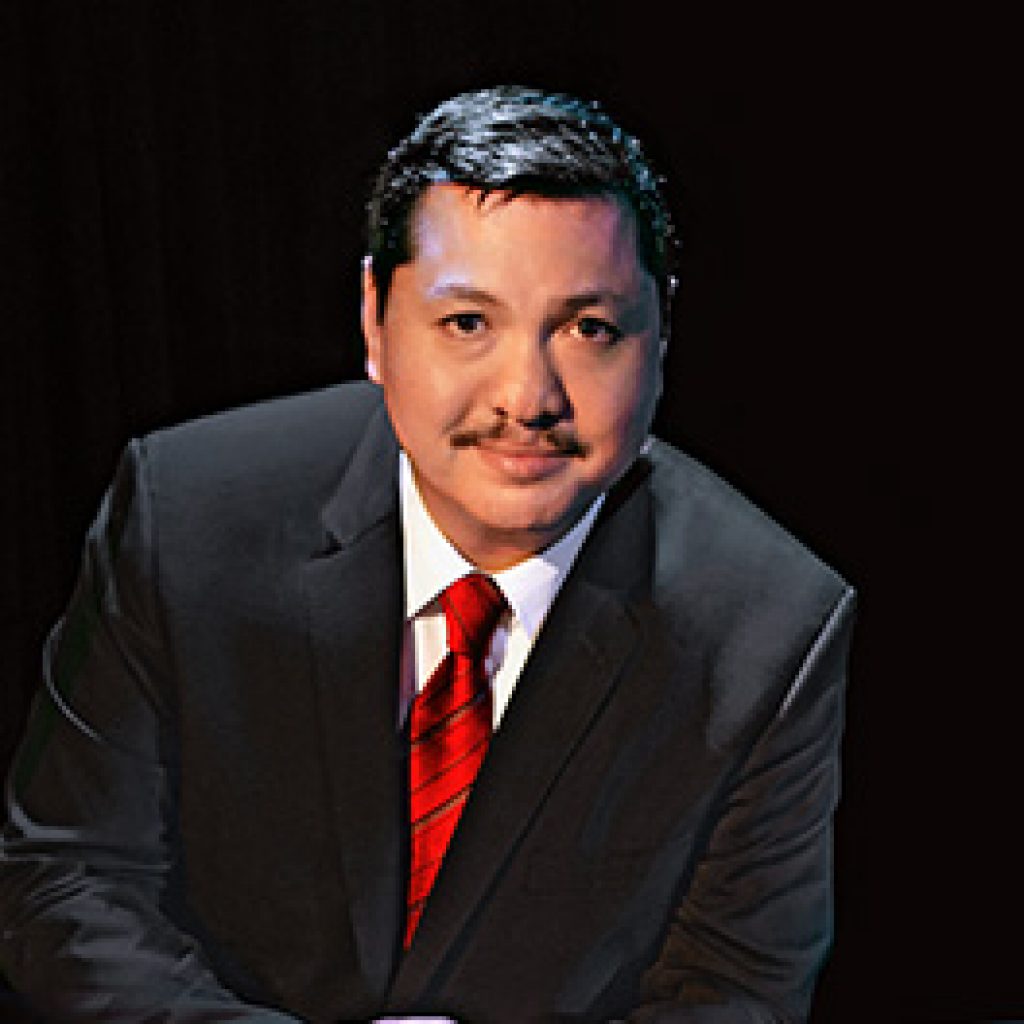 His debut album, Tomorrows, was released in 2008 to rave reviews. In his sophomore album, Spiritual Nature (Resonance Records, 2012), he was joined by the regal rhythm tandem of bassist Christian McBride and drummer Lewis Nash. Vega teamed up again with Lewis Nash on his most recent album, With Respect to Monty, (Resonance Records, 2015). Vega currently performs internationally as the pianist for world-renowned bassist Ron Carter’s Golden Striker Trio. 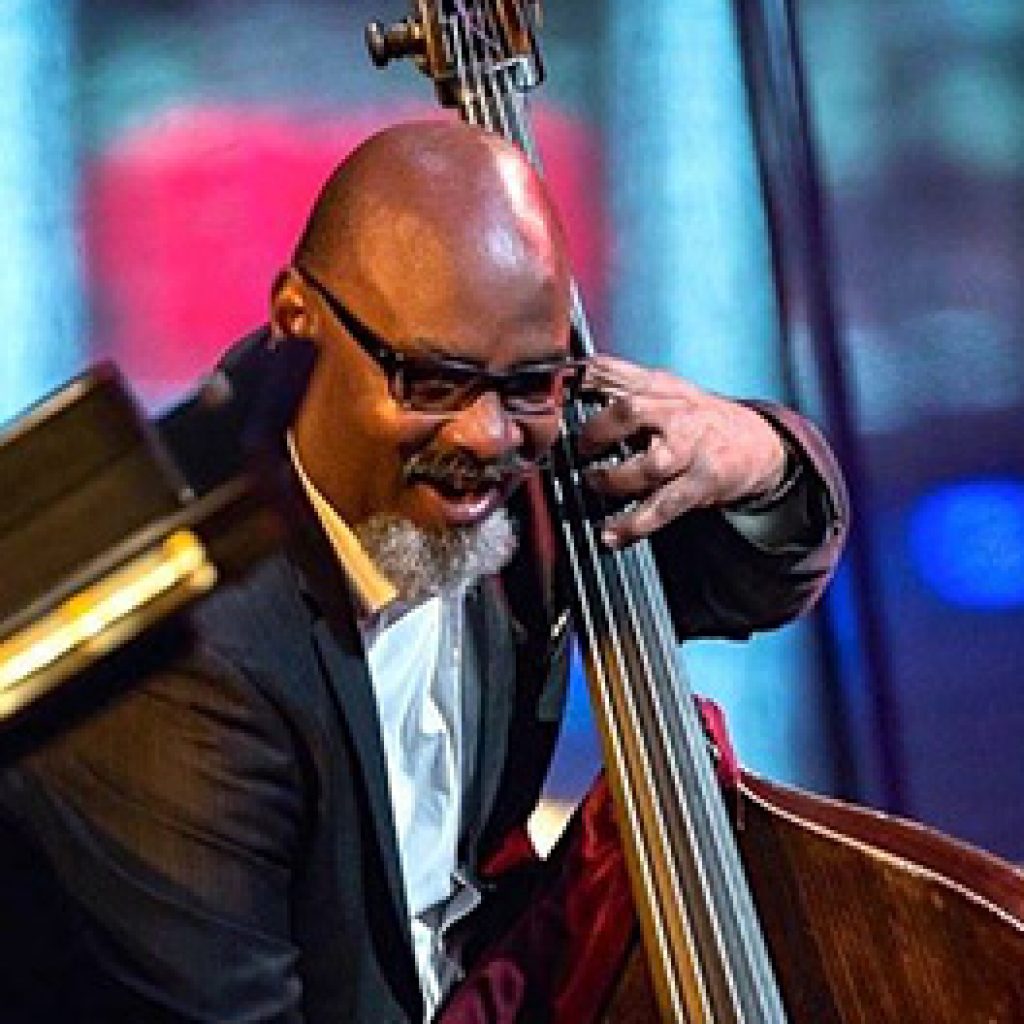 Like the masters before him, Gerald Cannon has established a fearless, solid groove that distinguishes him as a principal figure in jazz. Cannon’s father Benjamin, also a guitarist, bought him his first electric bass at the ripe young age of 10. He began playing bass in his father’s group ‘The Gospel Expressions&#39; and he never looked back.

Gerald carries the knowledge passed on to him by legendary bassists Ray Brown, Sam Jones, Ron Carter and Buster Williams and continues the legacy by conducting master classes throughout the U.S. and Europe.