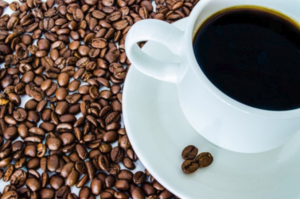 Touring can be fun, though the time spent on the road is often long and exhausting. However, this is mainly how musicians make their living and connect to their audiences in a meaningful way. If a musician has little radio, newspaper, or magazine coverage, the road becomes their new best friend. As Willie Nelson and Merle Haggard sang in their famous 1960s recording, “On the Road Again” is the touring musicians’ theme.

With the long days and emotional demands of touring, it is no wonder that coffee becomes the touring musician’s new best friend and go-to drink. As the saying goes, “Behind every successful person is a substantial amount of coffee.” This miracle, life-supplying liquid helps one stay awake and energized, and is a go-to drink for many people. With that in mind, it is not surprising to hear a musician say “I need my coffee” in the morning.

Florida, the “Land of Sunshine,” is a very beautiful but peculiar state. The coasts of the peninsula are densely occupied whereas the population becomes scarcer and more spread out the further inland you travel. Space between towns grows, and farmland, cattle, and horses become more common than coffee shops.

During one particular tour in the middle of Florida, we had stayed overnight at an old hotel. At 9:00 in the morning the group was preparing for departure to the next gig via car (no planes or trains, only automobiles!). Everything was moving ahead nicely and we were doing well on time, when the vocalist swept into the lobby and said, “I need my coffee!” Understanding completely, I pointed her in the direction of the hotel’s free coffee bar on the other end of the lobby, conveniently available to all guests. I even had a full to-go cup in my hands.

“Oh, no,” she responded. “I need my Starbucks.” Now, we were the middle of the state with not much other than the horses and cattle nearby – and I can assure you they didn’t know the first thing about being a barista. “There is a Starbucks just down the road,” she continued, phone in hand. “Could we please go there?”

I reluctantly responded that she should to ask the band leader, who, being a nice guy, agreed to drive the group to Starbucks. Unfortunately, no one thought to ask how far or in what direction the Starbucks was from the hotel, and we had a three and a half hour commute to the next gig.

Where was the Starbucks in relation to our next destination? You guessed it – the opposite direction. How far away was “just down the road”? Twenty-five minutes. The quick coffee run turned into a full-fledged 50-minute detour. I didn’t even get out of the car when we arrived at the Starbucks, glaring at the green mermaid on the store window and fretting about how long the drive was going to be, hoping we didn’t run into detours or other problems on the road.

And that wasn’t the last of it – during the final six days of the tour, the hunt for Starbucks locations relentlessly continued. Luckily, the band was very accommodating, and it became a running joke to begin each morning with the most important question of the day: “how far to Starbucks?” 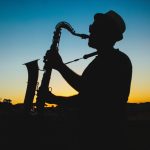 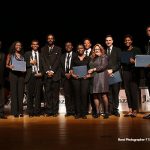