If you love jazz, but you don’t know who Ron Carter is, you really don’t love jazz.

Why do we say that?

Because Ron Carter is one of the most prolific, innovative and influential bassists in jazz history.
He’s also played with a number of the greats. From Lena Horne to B.B. King, Miles Davis to even A Tribe Called Quest, Mr. Carter’s talent has transcended a variety of genres.

Carter was born in Ferndale, Michigan on May 4, 1937. He started playing cello at age ten, and later switched to the double bass. He went on to play during his time at Cass Technical High School in Detroit, the Eastman School of Music in Rochester, New York and the Manhattan School of Music in the Big Apple.

His professional career in music started with gigs playing bass for Jaki Byard and Chico Hamilton. Carter hit the big time in 1963 when he became a member of the classic and acclaimed Miles Davis Quintet. In it, he played alongside Herbie Hancock, Wayne Shorter and Tony Williams. He played with the group until 1968. During his time, he recorded two albums with them—Seven Steps to Heaven in 1963 and E.S.P. in 1965.

After his quartet time, Carter went on to forge a number of musical partnerships and was a member of the New York Jazz Quartet. He also was a sideman on many Blue Note recordings playing with Freddie Hubbard, Duke Pearson, McCoy Tyner, Horace Silver and many others.

In a career which spans more than 50 years, Carter has more than 2,221 albums to his credit. He’s the most recorded jazz bassist history and was recognized for it by The Guinness Book of World Records in 2016. At 81, Carter is still teaching and performing.

So far as his style, it’s been described as such.

“What makes Carter so unique is the fact that describing his style is more comparable to describing the entire jazz genre—it includes a grandiose and diverse spectrum of sophisticated music that has evolved over the past several decades. Carter has been at the forefront of various jazz movements, from bebop to bossa nova, straight-ahead to experimental. If that weren’t enough, he has thrived in virtually every form of ensemble playing from conservation-driven duos to quartets to big bands. He has played the bass lines that all students of jazz have to learn and does so with impeccable tone, technique, and temperament.”

This just goes to show the caliber of the great talent that we work with. In a nutshell, we represent legends who have been inspired, mentored and celebrated by jazz greats, and we’d love to share their unique sounds with you—and the world.

Learn more about what we do and who we represent. 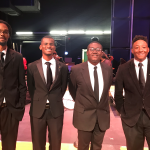 Looking for the beat? Find it in the rhythm section. 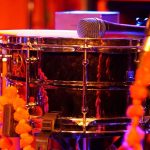