Few songs can stop time and ultimately take the audience to a place that holds them in that moment.  Roberta Flack’s “Killing Me Softly with His Song” is one of those songs. Having heard the song hundreds of times over the years, it is a welcoming place.  Her vocals along with the music create a fantastic space to be pulled into. Roberta Flack has such emotion in her singing that the song immediately becomes memorable.  The desire to be taken back to that plane of consciously can be seen in the songs continued success. So many artists have covered the song and have gone on to win Grammys as was the case with the Fugees in 1996.

Roberta Flack was not the first person to sing the song when it released in 1973.  Written by Charles Fox and Norman Gimbel, Lori Lieberman originally released “Killing Me Softly with His Song” a year earlier and was well received.  Her folk roots and honest style were on a level with others at the time such as Joni Mitchell, Carly Simon and James Taylor. Lieberman gave the song a popular folk-rock feel that was getting a great deal of radio play in the early 70s.  Ms. Flack’s version of “Killing Me Softly with His Song” was a little faster, used a choir of singers in the background and also used an electric piano that gave the song a timeless feel even when listened to in the present.  The changes she made were a hit with audiences.  Roberta Flack’s “Killing Me Softly,” won the 1974 Grammy Award for Record of the Year.

Over the past 40 years, “Killing Me Softly” has continued to remain popular, listed at No. 360 on Rolling Stones’ 500 Greatest Songs of All Time and No. 82 on Billboard’s Greatest Songs of All Times.  In 2006 it went double platinum.  With so much emotion and feel the song will undoubtedly continue to be played.  Few artists take the listener so far and can control so much of the moment. 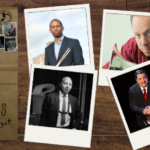