Unfortunately, we all remember that horrid day when terrorists attacked the World Trade Center on September 11, 2001. The atrocity sent shockwaves throughout the nation, affecting all Americans, and changing the country forever.

It can be extremely hard to deal with such immense tragedy, but somehow, music usually seems to help. Music can help us to remember the devastation, honor those who died, sort through difficult emotions and find hope for the future.

Here are some songs that may help you to commemorate 9/11 this year.

Even if you weren’t in New York City when the attack occurred, it still felt like time had stopped. This 2002 Grammy-award-winning-song explores the surreal nature of 9/11 and all the mixed responses that people experienced.

As Jackson sings, when tragedy strikes, everyone reacts differently. On 9/11, some people stood in shock at the sight of that black smoke, while others shouted out in anger and fear, and others just sat down and cried.

Somehow, though, the song manages to evoke a sense of hope by pointing out that atrocities can bring people together and make us more grateful to be alive. Maybe, as the song depicts, in the aftermath of 9/11 people began noticing the sunset, speaking to strangers on the street, and standing in line to donate blood.

This 2004 song was inspired by an interview that Carpenter heard with an iron worker who was one of the first people on the scene after the towers fell. He said that at the end of his shifts, he would go to the train station so that the souls of the victims could follow him.

Even though this 2007 country song doesn’t explicitly talk about 9/11, the overall message is one of hope and love, which I think are things we can use a lot of when confronting tragedies throughout history. As Underwood sings, tragedies can make us realize that our daily problems are not so bad. When you figure out love is all that matters after all, it sure makes everything else seem so small.

All wounds heal in time, and as we’ve seen in the past 21 years, New York has persevered. As the Cranberries point out in their 2008 song, all wounds heal with time.

In 2003, in the wake of 9/11, Dolly Parton released this album For God and Country to comfort the nation with faith and patriotism. This original ballad reminds us to all to be proud of where we’ve come from, no matter what has happened in the past. 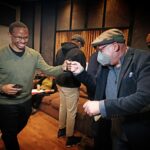 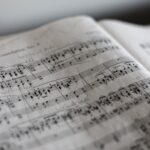