In honor of D-Day—the decisive Allied invasion of Normandy on June 6, 1944 that led to the liberation of France and western Europe from Nazi control—we’re going to take a look at the type of music and the songs that were popular during WWII.

With the advent of the radio in the 20s and 30s, American music was very accessible to everyone, so when the United States went to war in 1941, swing and jazz music provided comfort to families at home and soldiers abroad. Unlike the militaristic and patriotic songs of World War I, popular music during WWII centered around romance and strength. Now, let’s listen to some of the songs that boosted the morale of our veterans!

Written by Mack Gordon and composed by Harry Warren in 1941, this song was originally recorded as a big band/swing tune and was featured in the movie Sun Valley Serenade. The tune opens with the trumpets and trombones imitating a train whistle and the whole band sounding like a train rolling out of a station.

Next, we get a dialogue between a shoeshine boy and a passenger. The passenger describes the route from New York through Baltimore and North Carolina until finally reaching Chattanooga, where he plans to settle down for good with a woman he knew from earlier in life. With the fun instrumental imitations of a train’s “choo choo,” it’s no wonder that this became the first song to receive a gold record for selling 1.2 million copies!

Johnny Mercer wrote and performed this song in 1944 with the intention of making something that the soldiers would like, and boy did it hit it on the head! This tune became the biggest hit of all the songs that revolved around soldier life during World War II. Roodley-toot, jump in your suit, make a salute!

When the Lights Go On Again – Vaughn Monroe

This hopeful and calming song, which reached number one on the charts in 1943, looked forward to the time when the boys are home again all over the world and rain or snow is all that may fall from the skies above. A time when a kiss won’t mean “Goodbye” but “Hello to love.” This song really shows the power of music to raise one’s spirits and to unite people from all around the world.

King Cole Trio – Gee, Baby, Ain’t I Good to You

This love song was originally written in 1929 but became popular in 1944 with the recoding from the King Cole Trio. IT reached #1 on the Harlem Hite Parade, which charted the top songs in the Harlem district of New York City. And now, the classic tune has been reimagined by the legendary WJ3 All-Stars!

If you’re looking for some more modern renditions of classics from the 20s, 30s and 40s, look no further than Lovers and Love Songs, WJ3 All-Star’s most recent release. The album is available inn our store and on all major music platforms! 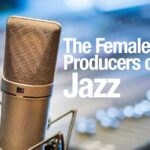 Are there any female jazz producers? 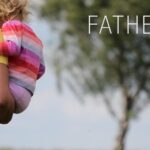 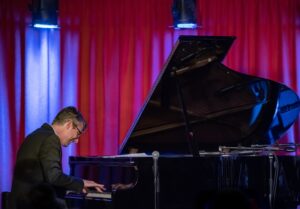 What’s the history of the EP & LP? 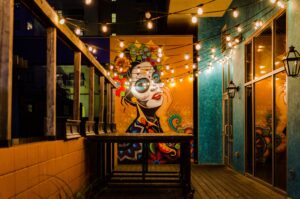 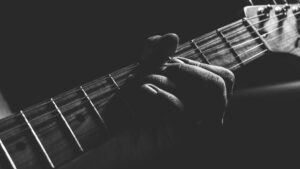 Is The Guitar Used In Jazz Music?