Did you know that jazz was born in the United States? Did you also know that the words “cool” and “hip” were originally jazz terms?

The terms hip and cool were recorded in African American Vernacular English (AAVE) in the early 1900s. They are most closely associated with the meaning of a person who has his eyes wide open and is very aware of his surroundings. This saying appears in many publications that refer to jazz music in New Orleans around the turn of the century.

New Orleans was the only place in the New World where slaves were allowed to own drums. VooDoo rituals were openly tolerated and well attended by the rich as well as the poor, by blacks and whites, by the influential and the anonymous. This blend of backgrounds allowed the mix of horns and drums to culminate in the fun, energetic sound and feeling of jazz.

When did Jazz actually begin?

Jazz wasn’t born on a particular day, it was created over a period of time. It wasn’t just one person or one race that was responsible for creating it. It was a meeting, and mixing, of the essences and emotions of many people, of many cultures. It is very clear that the birthplace of Jazz was undisputedly New Orleans.

Some will say that Jazz was born in 1895, when Buddy Bolden started his first band. Others will say 1917, when Nick LaRocca and his Original Dixieland Jazz Band recorded the first Jazz record, “Livery Stable Blues.” Ferdinand “Jelly Roll” Morton said, “It is evidently known, beyond contradiction, that New Orleans is the cradle of Jazz, and I myself happen to be the inventor in the year 1902.” Jazz, of course, is not an invention. It’s alive. It grows, it dies, it changes, it stays the same. Jazz is to American music what the Mississippi is to America, and just as many rivers feed into the Mississippi, music (and musicians) from many cultures came together in the creation of Jazz. And they came together in perhaps the only place in the world where it could have happened, a place where multi-culturalism was, and is, embedded in the fabric of everyday life: New Orleans. Possibly, the earliest noted use of African rhythms coupled with European “classical” music was “La Bomboula-Danse Negre” composed by Louis Moreau Gottschalk in 1847. Gottschalk’s father was a Jewish doctor who moved to New Orleans from England. His mother was French and a native New Orleanian. He grew up in the French Quarter, barely two blocks from Congo Square, which was the center of VooDoo drumming and dancing in New Orleans.

Night is Alive features some of the most well-respected jazz musicians of our time. From Ralph Moore to Donald Vega, feel free to contact us to learn more about how we represent modern jazz!

Are you a jazz musician? We’d love to get to know you! Let us know who you are and what or who has inspired you to love jazz. 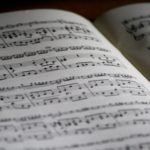 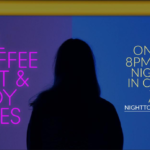