What Do Country and Jazz Have in Common?

You’d be surprised, but these two genres actually have some similarities

When you think about jazz, you probably think about the greats jamming in clubs or at festivals way back before we all knew about the coronavirus. Jazz is horns, drums, pianos and strings. lt’s also smooth, sultry, deep, moody and sometimes celebratory. When you want to relax and unwind after a crazy day, you pour yourself a glass of your drink of choice, find a cozy spot and lose yourself in all of your favorite swinging and bopping tunes.

When you think about country music, you probably hear fiddles, banjos, guitars and lyrics that talk about heartbreak, hometown pride or just kicking back and having a good time. It’s hard to paint country music as just one thing. Now, there are so many different subgenres. So for those who swear that they don’t like country music, if they dig a little deeper, they’ll probably find something that will get their heads nodding and their toes tapping.

The differences between these musical styles are quite obvious. Jazz reflects the urban experience, while country gives you a taste of rural life. Jazz tends to be more instrumental with intricate harmonies. Country music spotlights vocals and the melodies are pretty straightforward. But despite the noticeable differences, country music and jazz music have a few common threads.

They both originated in the South

Many people consider New Orleans as the birthplace of jazz. It’s believed that jazz music was born from the African dance and drumming traditions of former slaves back in the 1880s. Around this time, a number of brass bands started popping up. Those brass bands and a growing interest in syncopated music gave way to ragtime and ragtime gave way to New Orleans-style jazz.

Early recordings of country music date back to 1910, but the genre started garnering more attention in the 1920s. The first recordings were of Southern Appalachian fiddle players. Once it started to gain traction in the U.S., country music was referred to as a “Southern phenomenon” when it was introduced to the world.

As mentioned earlier, jazz was rooted in the traditions of former slaves. While the current landscape of country music doesn’t appear to be very diverse, when the genre originated, it embraced the sounds and styles of various immigrant cultures. But instruments like the banjo were actually an African influence. The banjo is a derivative of a West African lute. Lutes were constructed from gourds that slaves brought to the U.S. Not only did they play a significant role in slave music, but they also became popular in Southern culture — mainly through minstrel shows and blackface performances. As for country music, it’s believed that many of the early songs came from black sources. They were either field songs, spirituals, hymns or taken from black songwriters.

How jazz and country came together

Despite the genre becoming more segregated, there were times when country artists did collaborate with jazz musicians of color. One example is a 1929 collaboration between Jimmie Rodgers, the “Father of Country Music,” and Louis Armstrong called “Blue Yodel Number 9.”

Country and jazz also got another chance to mingle thanks to the creation of a new subgenre — Western swing music. This fusion of country and jazz became popular in the Southwest and Bob Willis was known for adding horns and jazz musicians to his Texas Playboys which allowed them to diversify their sound. So instead of just playing country fiddle standards, the band could handle rhumbas and big band tunes as well.

Ray Charles took on country music in the 60s with his album “Modern Sounds in Country and Western Music.” Charles didn’t do this on a whim. He grew up listening to country music and even played in a country band when he was a teenager. He appreciated the genre and it paid off because the album did quite well.

Willie Nelson jumped into the world of jazz with his 1978 album, “Stardust.” The album featured covers of songs by Hoagy Carmichael, George and Ira Gershwin, and Duke Ellington. Nelson’s neighbor at the time, Booker T. Jones of Booker T & the MGs, produced “Stardust” and served as music supervisor and arranger as well.

How Night is Alive is bringing country and jazz together

It’s no secret that Night is Alive Producer/Managing Director Kathy Salem loves jazz music. However, country music has her heart as well. So it was only natural for her to come up with a concept that melds together her two loves.

“Crying In My Whiskey” brings these two genres together in a way that still preserves the essence of the nine country tunes featured on the album. The musicians who retell these stories are John di Martino (piano), Janis Siegel (vocals), and Lonnie Plaxico (bass). Saxophonist Harry Allen is also featured on one of the tunes.

The album showcases country hits like “Always On My Mind,” “Don’t It Make My Brown Eyes Blue,” “I Fall To Pieces” and “Where Do I Put His Memory.”

Stay tuned for the album release date and more from Night is Alive!
www.nightisalive.com/albums 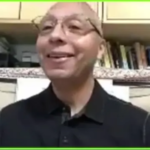 What Does Ralph Moore Have to Say?

Five Love Songs To Woo Your Sweetheart this Valentine’s Day 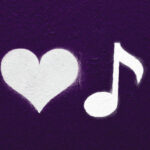