In popular music, a “fill” is a short musical passage, riff, or rhythmic sound which helps to sustain the listener’s attention during a break between the phrases of a melody. According to Wikipedia, “The terms riff and fill are sometimes used interchangeably by musicians, but [while] the term riff usually refers to an exact musical phrase repeated throughout a song” while a fill is an improvised phrase played during a section when nothing else is happening in the music.

In some styles, such as jazz or jazz fusion, musicians have more freedom to improvise fill passages each time a piece or song is performed. In other styles, such as bluegrass, performers are more likely to use standard “walkup” or “walkdown” scalar passages as fills in every song. Some groups use previously composed fills as part of the identity of a song. The Eagles, for example, play the same fills each time they perform a song.

Most riffs or fills are very simple and can be performed by pretty much any instrument. They also have a short duration, which separates them from solos or lead performances. Unlike riffs or fills, solos are performed to draw attention to the soloist’s virtuoso skills by using difficult techniques and rapid passages. 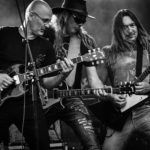 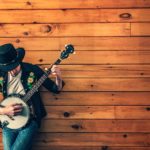