Lester Young is one of the most influential tenor saxophone players of all time.  His fresh and unique musical style is what made him so brilliant. His dress, his talk, and his music were the definition of “cool” in the 1930s and ’40s.  Given the nickname “The Pres” by the iconic Billie Holiday, the name was her acknowledgment to Young’s ability as an artist and musician. While also a gifted clarinet player, Young is known for his remarkable tenor saxophone solos that generations after him have memorized and tried to master.

Young grew up in a musical family outside New Orleans.  His father was a teacher and bandleader, his brother was a drummer, and he had other relatives that worked professionally as musicians.  As a kid, Young absorbed all the music around him. Young’s early influence were those of Louis Armstrong, Sidney Bechet, Johnny Hodges, Art Tatum, and Stuff Smith.  By the time he was 20, he was out on his own touring jazz clubs in Albuquerque, Minneapolis and Kansas City which was a huge jazz city at the time. Young’s time in Count Basie’s swing band is what brought him to the forefront of the 1930s and 40s jazz scene.

Lester Young was renowned for his music solos that seem to change what was possible with the tenor saxophone.  Young’s style was so different from the other artist of his time. In the 1930s the tenor saxophone was a hard-driving instrument that pushed through the music aggressively like that of Coleman Hawkins.  Young’s style was smooth and much more melodic. Young would play through the bar, hold notes and changed the dynamics of how the tenor saxophone was played in the ’30s. Even the way Lester Young held his tenor Saxophone was unique.  Young was known for holding his sax at a 45-degree angle and raise high in the air. Always innovative.

Lester Young was always original is his style and approach to music and life.  Lester Young dies way too young. He was only 49 years old at the time of his death in New York City.  Like many great artists before him, Young did not reap the benefits of being so respected and influential.  His style and cool have been used for the inspiration of movie characters, books, poems, and countless recordings.  How Young talked, how he walked, and most certainly how he played the sax was cool. Lester Young is The President. 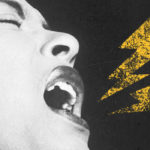