Born into a large family in Greenwood, Mississippi, Mulgrew Miller was destined to become a Jazz legend.  Miller’s early influences by Pianist Ramey Lewis and Oscar Peterson helped Miller create his unique hard bop style.  Miller’s style was a mix of the church and blue-grass and was supported with a music-focused education from Memphis State University.  He was later awarded an Honorary Doctorate of Performing Arts from Lafayette College. Miller worked hard in school and took every opportunity to learn from other artists.  It wasn’t until Miller became a regular pianist in the Duke Ellington Orchestra (led by Duke Ellington’s son Mercer Ellington at the time) that created a buzz about the keyboardist.  Playing in the Duke Ellington Orchestra put his abilities in front of so many more people. He toured extensively with the Duke Ellington Orchestra.

Miller recorded and toured with a marvelous combination of musicians.  Groups like the Art Blakey’s Jazz Messengers, Betty Carter, Woody Shaw (also a former tutor to Miller), and the Tony Williams’ quintet.  Miller’s playing can also be heard on countless albums with amazing artists such as bassist Reggie Workman, drummer Freddie Waits, Wallace Roney, Steve Nelson, trumpeter Donald Byrd, alto saxophonist Frank Morgan, tenor saxophonist Benny Golson, and saxophonist Joe Lovano.  These are just a sampling of the great talents that Mulgrew Miller performed with. He was also part of the Contemporary Piano Ensemble which was a tribute to Memphis pianist Phineas Newborn Jr. The group performed and toured together until 1996. As Miller developed as a musician, he focused more on writing and composing his own music. The lifetime of experience and knowledge can be heard on his first and only solo album “Solo.”  Released in 2000, the album was well-received by critics for its creativity and the melodic development in Miller’s playing. Miller later returned to his academic roots and became the Director of Jazz Studies at William Paterson University in 2005.

Miller took his jazz fame in step.  Not one to let fame and notoriety change or affect his, Miller was quoted as saying, “I worked hard to maintain a certain mental and emotional equilibrium. It’s mostly due to my faith in the Creator. I don’t put all my eggs in that basket of being a rich and famous jazz guy. That allows me a certain amount of freedom because I don’t have to play music for money. I play music because I love it.”.  This was his style. It was always about the music and what it could bring to his life and others. It wasn’t about fame or fortune. Miller died far too early as many Jazz greats do. At 57 he died of a stroke in Allentown, Pennsylvania. Miller to his credit made more than 15 records under his own name and appeared on more than 400 of other artists albums. Mulgrew Miller is a Jazz legend. 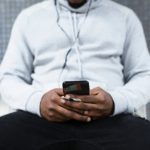 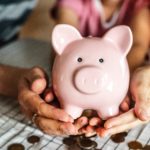