At Night is Alive, we recognize that one of the biggest elements of success in any band is to show respect for your band-mates. Great bands require great teamwork, which means that everyone can’t be the leader, but all have vital roles to play in the band’s success. Being willing to show up to rehearsals on time and in tune is one of the first steps to achieving band greatness.

You need to truly listen to the input of your other bandmates and then have one person in the band who is the executive decision maker. On a basketball team you wouldn’t have 3-point guards all calling out different plays; same goes for a band, pick a leader and they ultimately make game time plays. One person will be responsible for making the ultimate decision after listening to others’ input. These can be simple decisions like how long a song intro should go or more complex ones regarding the tempo or key that a song should be played in.

Everyone should have a chance to contribute ideas to improve the sound of the band and the quality of the performance. Everyone should be able to try ideas, especially during practice, that might result in a better sound.

All band members have critical support roles to the overall team success. It isn’t just the playing of the music that will determine the band’s ultimate destiny. Someone in the band also must be the booking agent and the collections/money distribution person. These aren’t always the same person in a band, but the band does have to agree on who will do these functions, since without a gig being booked none of the magical performances can ever happen.

A fantastic example of teamwork and band performance can be seen with Ralph Moore‘s West Coast Band and Willie Jones III‘s WJ3 All-Star Band. Both groups travel the world together, selling out venues and attracting their loyal fan bases. They never could have got to this level of jazz stardom if it wasn’t for their exceptional teamwork and communicating skills. 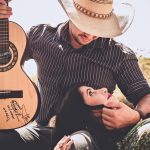 The Mind Behind Music

Successful professional musicians have many things in common 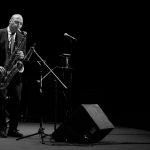