Born in Worcester, Massachusetts, and raised in Binghamton, New York, trombonist Steve Davis has always had a gift for music, which led him to release twenty albums, gain recognition for his hard-swinging, lyrical style, perform internationally and teach jazz workshops at the Jackie McLean Institute.

And since My Ship is about looking back fondly on your childhood dreams, today we’re going to get to know a bit more about Stevie-D’s childhood, family, and early musical influences!

JK: I read that jazz was played often in your household when you were growing up. Were your parent’s musicians?

Stevie-D: My parents weren’t musicians but they both loved music and my father, in particular, was a record collector—he had a lot of jazz, blues and rock ‘n’ roll albums. Growing up in the 70s and 80s, I had access to his vast record collection and then later CDs. So, there was always good music playing in the house, and just a culture of appreciation of jazz music in particular. And then my grandparents on both sides—my dad’s father, my grandsire, he was also a newspaper journalist like my father was at that time, but a big jazz fan and played the trumpet as a hobby. My dad played the electric bass and did a few gigs in my hometown of Binghamton, NY, but he was mostly just a music fan and played for fun. And my grandsire played the trumpet, and he could belt out “Sweet Georgia Brown” and “When the Saints Go Marching In” and he loved Duke Ellington and Louis Armstrong.

And then on my mother’s side, my nana, I called her, she was a great stride pianist. She was the real jazz musician in the family. She was semi-professional and lived in Connecticut. She died when I was 19, but as a kid, I got to hear her play. When I started playing trombone as a teenager, I got to play with her a little bit when we would visit. She didn’t read a note of music, she played by ear—she was a real jazz musician, but being a woman at that time, it just wasn’t so acceptable for her to just do that, so when I look back on it, I think it was relegated more to the parlor entertainment, like “Oh isn’t that nice, you know, she’s playing the piano.” But she played all kind of Gershwin and American songbook standards and Ellington, and I learned a lot from her. She could really play.

JK: That’s an amazing story, but a shame that she wasn’t able to pursue it more.

Stevie-D: Well, she did to some degree. Boy, she would sit down—she had a piano in the house, it’s a Steinway, my parents still have it—and she’d sit down at that thing and just start swinging and play all kinds of things—”Honeysuckle Rose,” “Them There Eyes,” “Undecided”—some of the old swinger tunes, and she’d sing a little bit. She just had it. She knew what to do. So, then I would get my horn out eventually and she would teach me some of these tunes and I did it just naively, and we had fun together. So, I did get to play with her, and looking back all these years, forty years later, I cherish those memories very much. She’s a big influence on me for sure.

JK: Did you have a most beloved song growing up?

Stevie-D: Wow. Um. There’s so many. Well, one of the first songs I learned to play on my trumpet—I started on trumpet then I switched to baritone horn, and they suckered me into the tuba for a while at school, and I would up on trombone at 14, so I was a bit of a latecomer—but one of the first songs I could play on any of those instruments was “When the Saints Go Marching In,” just by ear. I always like that song, but I think everyone loves that song. My nana’s favorite song was “Embraceable You” by George Gershwin, and I played it at her funeral when I was 19 years old and I did it, again, the best I could by myself. I didn’t even appreciate or understand the depth of that moment the way I would now. So, I love that ballad.

There are so many songs I love, and plus as a kid, I was listening to the blues, B.B. King and Muddy Waters, and rock ‘n’ roll, Rolling Stones and the Beatles, Jimi Hendrix. There’s lots of great music but “Embraceable You” was a special one because it was my nana’s favorite, so I think that one’s very close to my heart.

JK: Have you played it since then?

Stevie-D: Here and there. It’s one of those tunes that I, you know some songs are so special to you that you hold it out for the right time. There are some other American Songbook standards that I wanted to play in my 20s when I had become a serious jazz musician and now that I’m 55 years old, I finally feel ready to play them in the way that I was dreaming of as a younger musician. My wife, Abena—her name is Abena Koomson Davis—she’s a great singer and knows a lot about the American Songbook. She loves “Polka Dots and Moonbeams,” so I always play that one for her and I love that song too. There’s so many obviously, that was one of the things that was so fun about the project with Willie and everyone—we always delve into some of the great standards, and I think all of us really appreciate the opportunity to interpret some of the American Songbook classics and put a little bit of a fresh spin on it, but also play the tones hopefully with a great deal of integrity and genuine feeling.

JK: Do you think you’ll record a rendition of “Embraceable You” at some point?

Stevie-D: I’d love to. I look forward to it. I haven’t yet. I’m just holding that one. I appreciate the question. I’m looking forward to it; probably sooner than later.

And the conversation will continue . . . Look for the next installment of the interview next Friday! And in the meantime, if you’re looking for more Stevie-D, check out our album My Ship, which is available in our store and on all major music platforms now. 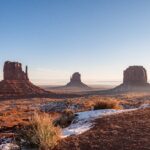 Five Songs for a Road Trip Out West 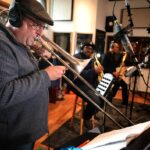 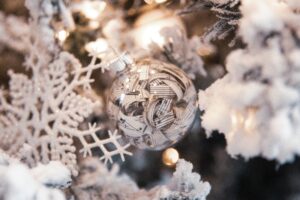 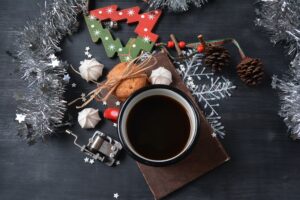